For 2011, this video was redone almost from scratch. All the original film from Fred Angus and John Mills was completely re-captured. The original 1990 UMATIC master tape, that has been laying dormant for 15 years, was used as a starting point. Each scene, edit point, and title was meticulously substituted with the newly captured film, to maintain the character of the orignal movie, but to also truely show the film shot by John Mills and Fred Angus in all it’s glory.

A 8 1/2 by 14 inch double sided map is also included. One side is a copy of the November 1948 route map from the Montreal Tramways Company. The other side shows a track diagram from December 1948, by Omer Lavallee and A. Clegg. A high-resolution PDF of the route map is included on the DVD.

This video features streetcars that are now in museums: 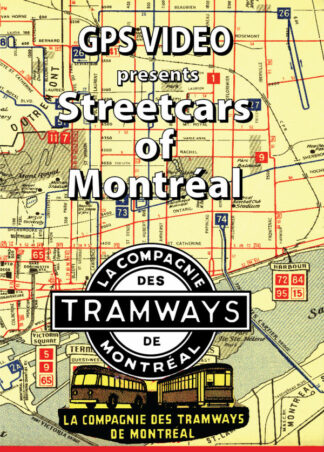